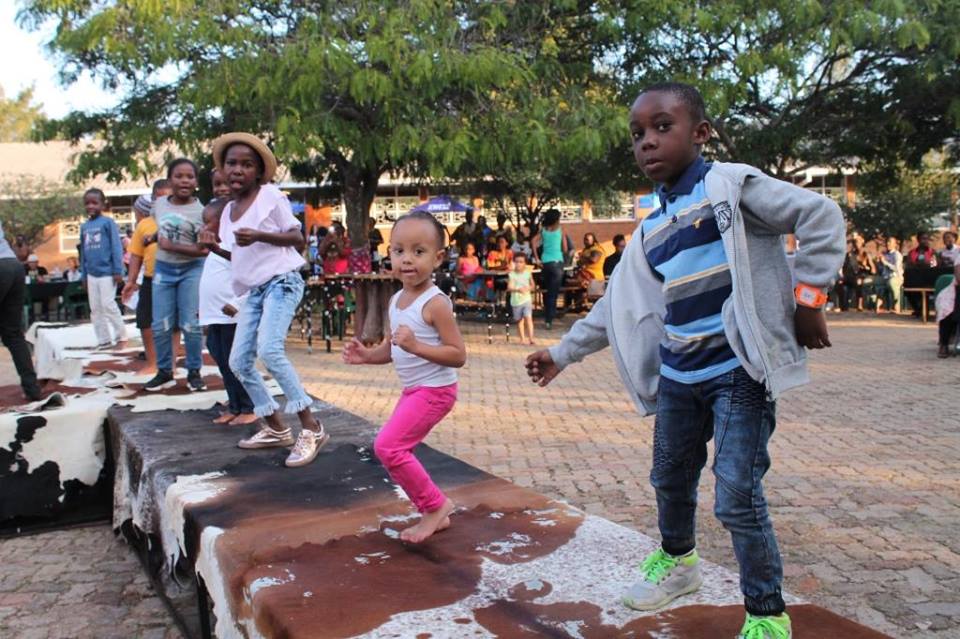 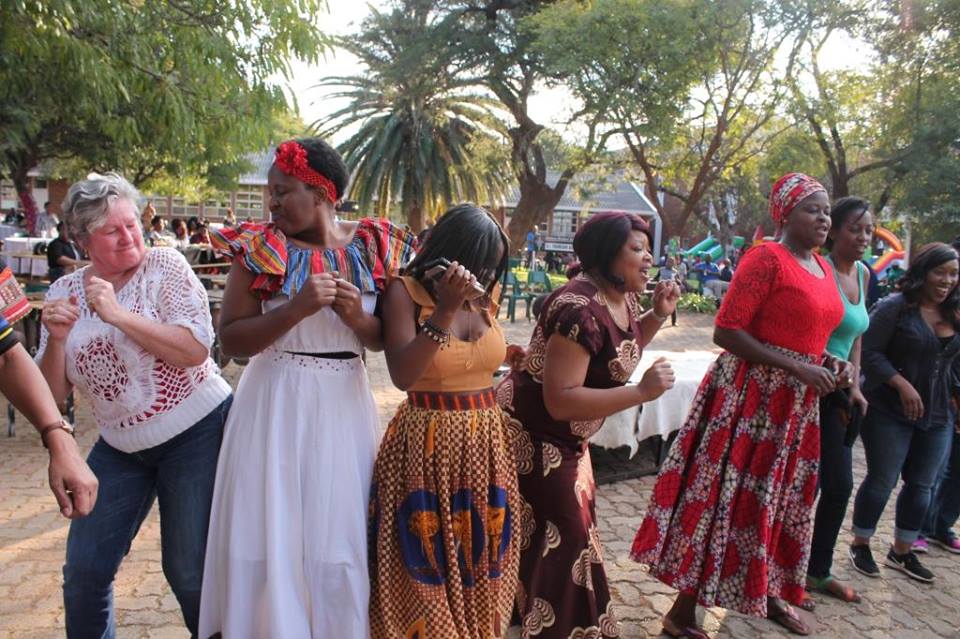 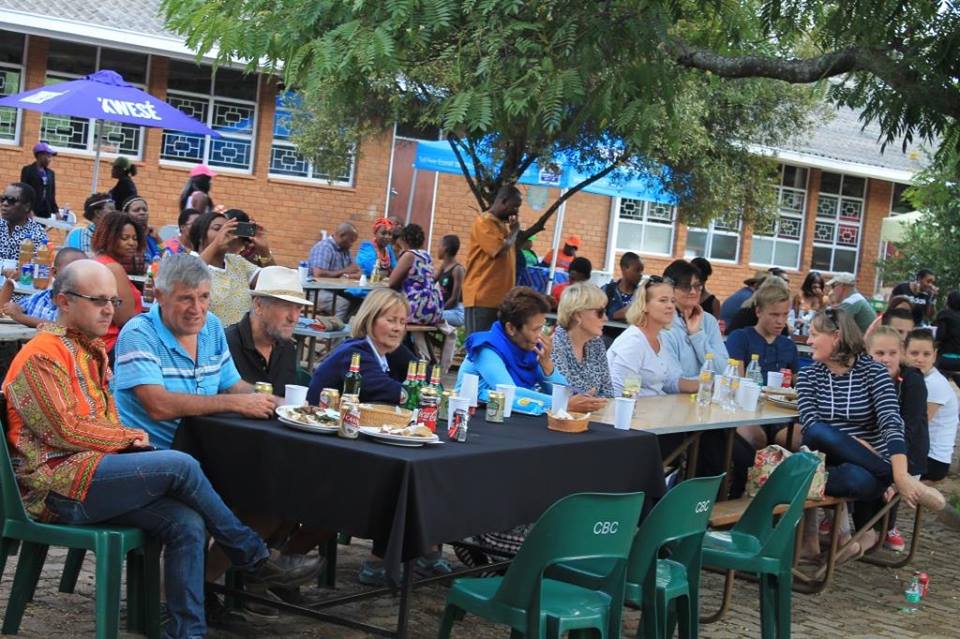 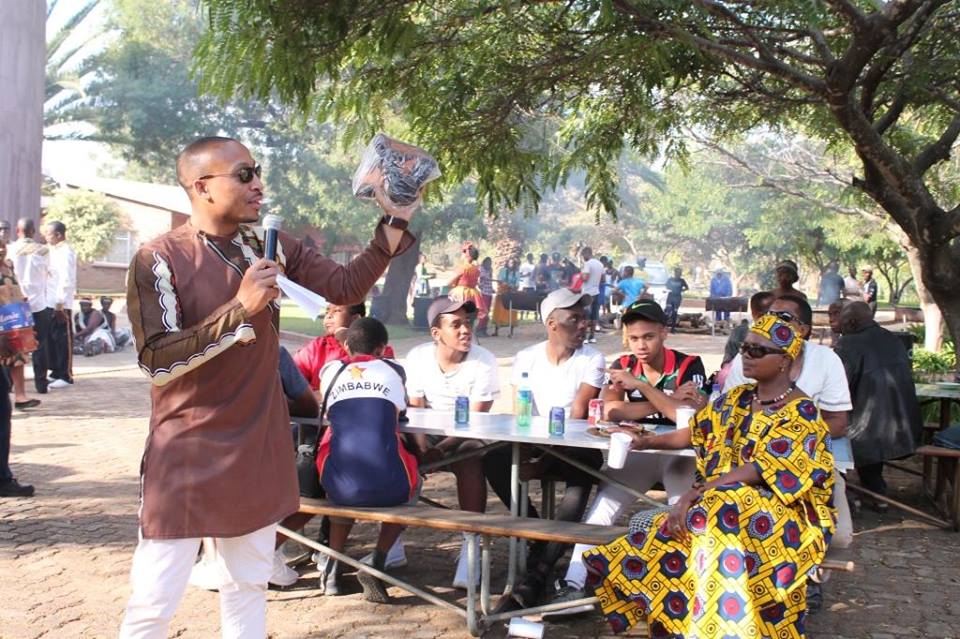 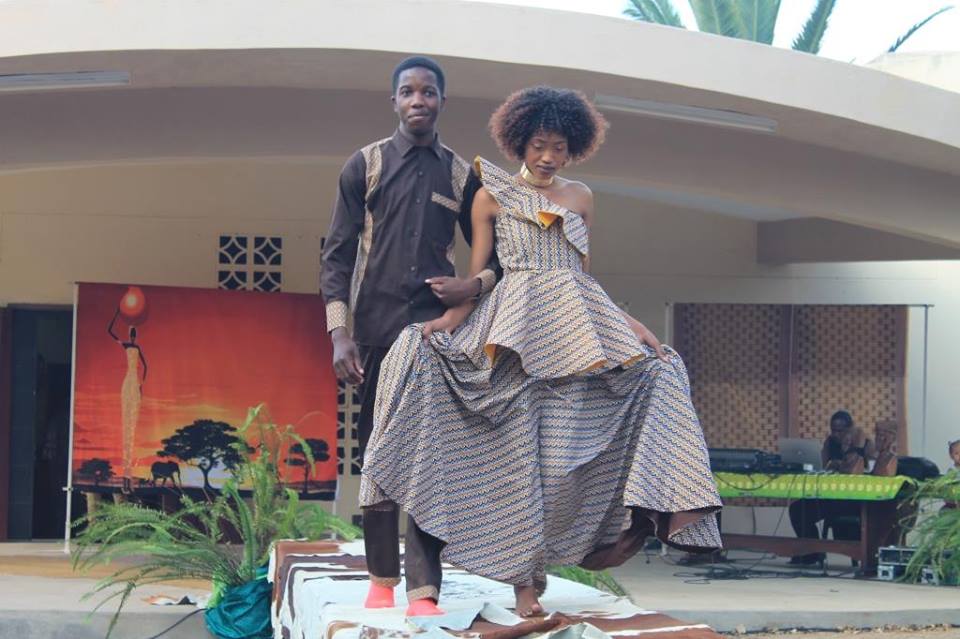 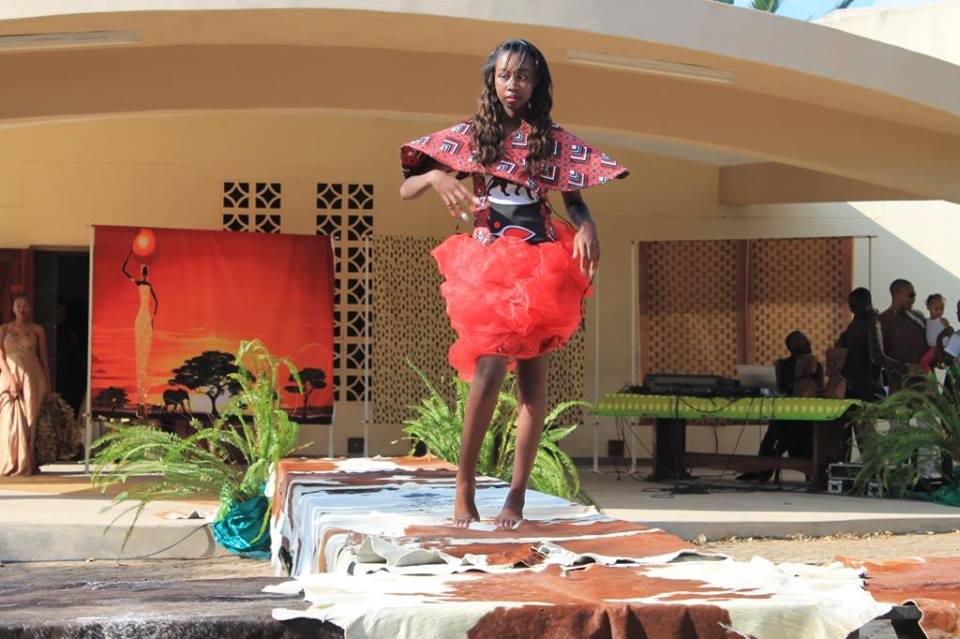 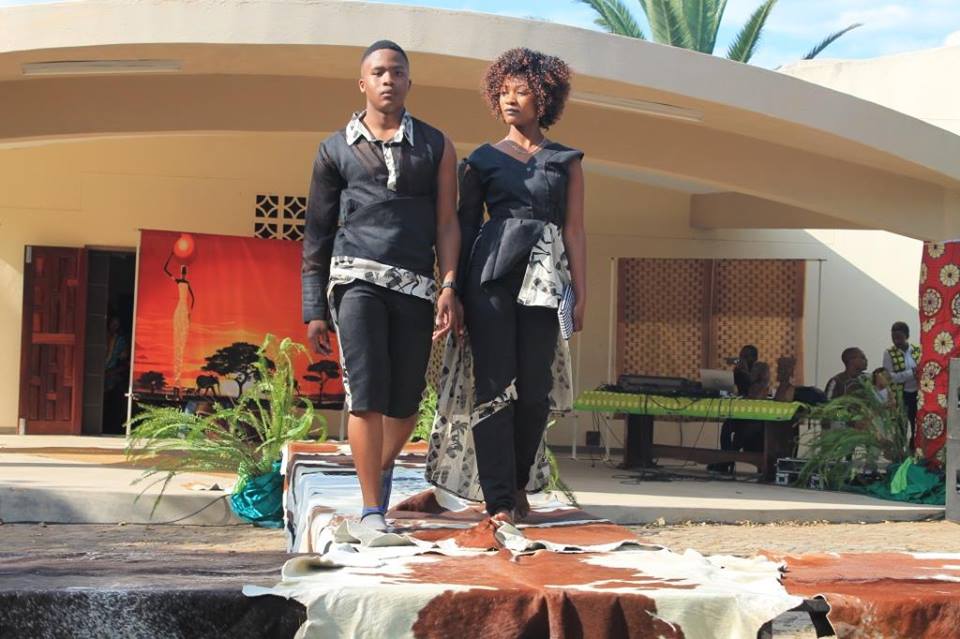 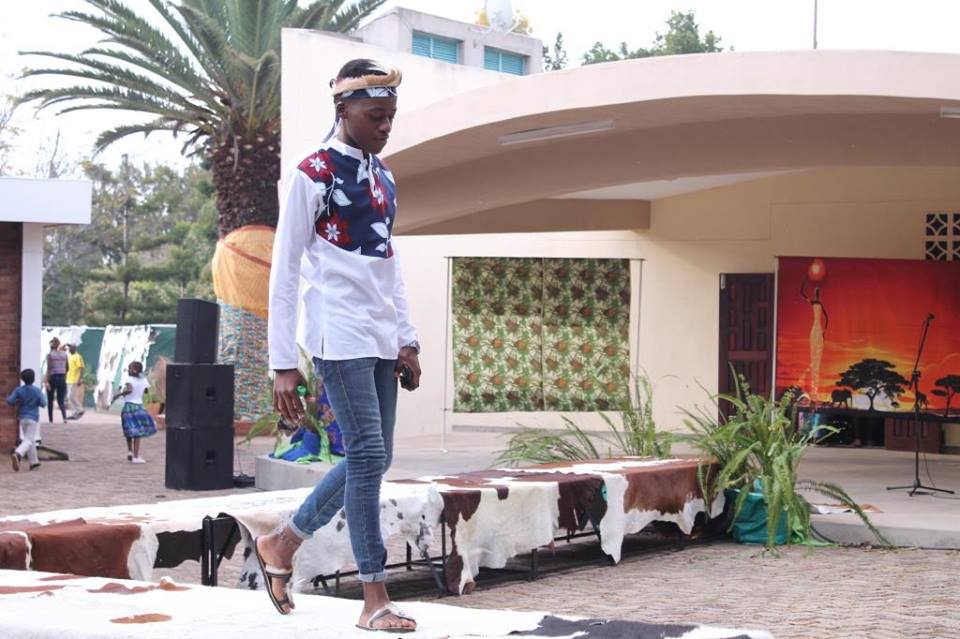 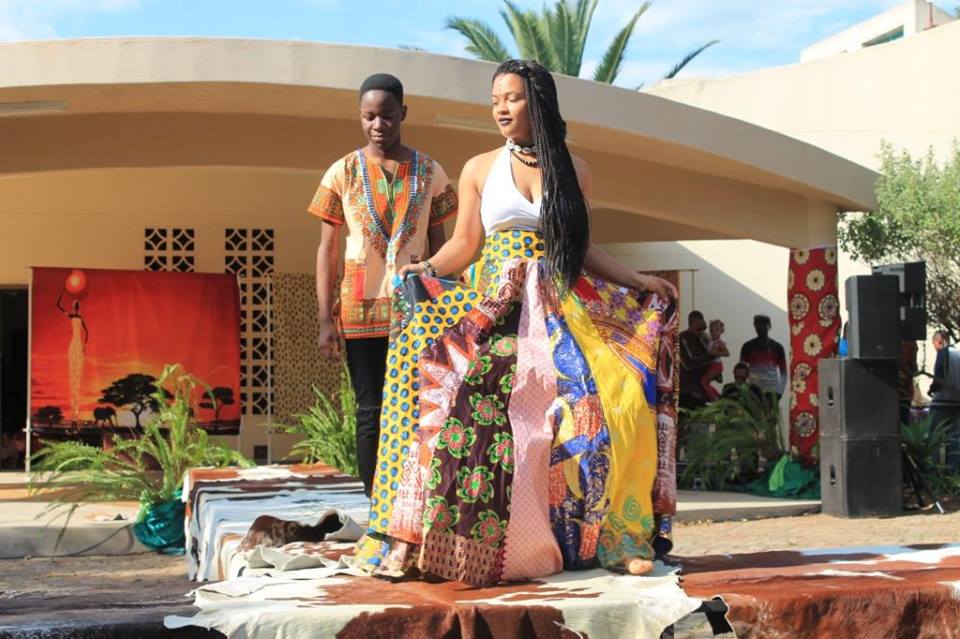 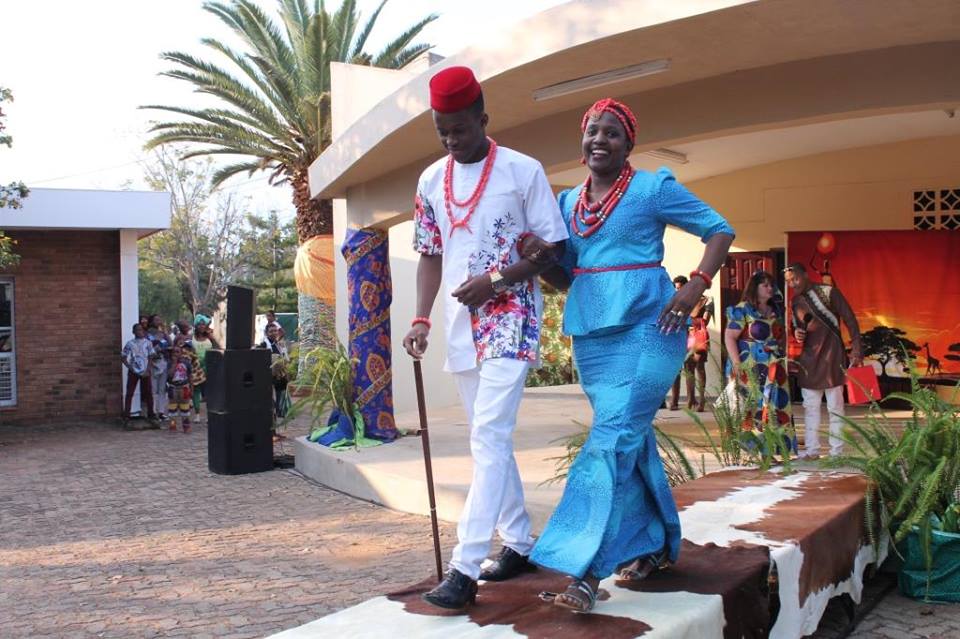 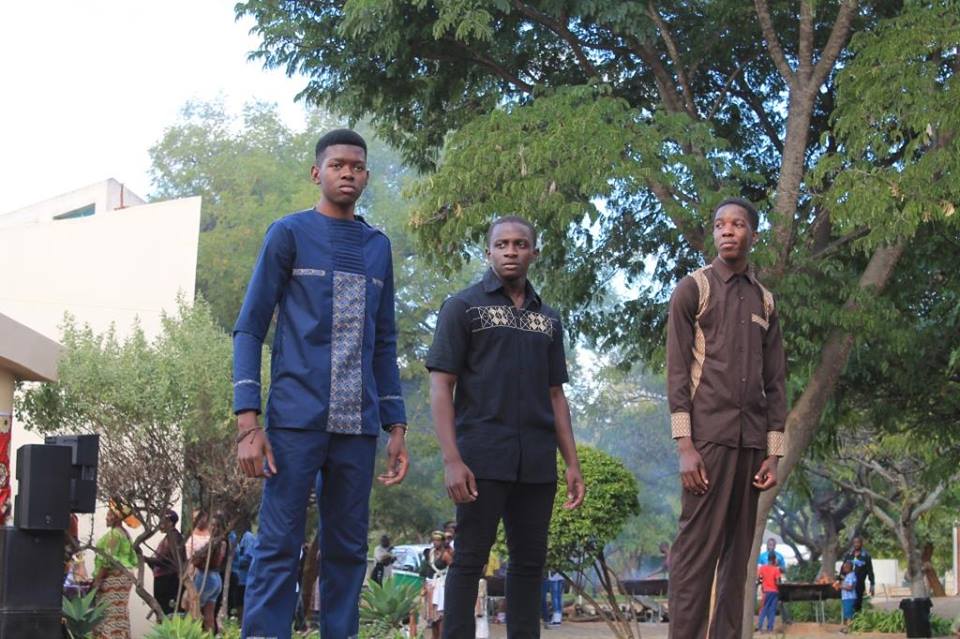 On Friday the 25th of May the school hosted the CBC Africa Day Celebrations. The culture fest, the first of its kind at the school was organised by the very dedicated CBC SDC.
The D I Thomson Quad was meticulously decorated with animal hides to give it a truly African feel. This was a perfect backdrop to the delicious traditional African dishes that were served while the crowd was entertained by groups such as Grace Unplugged, Thandanani Women’s Ensemble, Academy of Music Marimba and the internationally acclaimed Black Umfolosi. Female Imbongi (poet) Sithandazile Dube gave a mesmerising performance while some our very own CBC boys strutted on the catwalk in a fashion show displaying talent by Bulawayo Polytechnic College students.
The crowd rose to the occasion as they came out in various colourful outfits showcasing the diversity of the continent. There were a number of prizes up for grabs for the best dressed lady, best dressed couple, instant quizzes and the raffle which was drawn at the end of the day ensuring that some lucky people did not go empty handed. It was a beautiful day for a family outing and most of the people expressed the hope that it becomes an annual feature on the CBC calendar.
Special thanks goes to the CBC SDC for organising such a successful event, the CBC Board, the sponsors (National Foods, Nyaradzo, Econet Kwese, United Refineries and Proton Bread) and the MC CBC old boy and former head boy Arthur Evans. Much appreciation is also expressed to the CBC community, parents and Bulawayo community who came out in their numbers and supported this initiative.