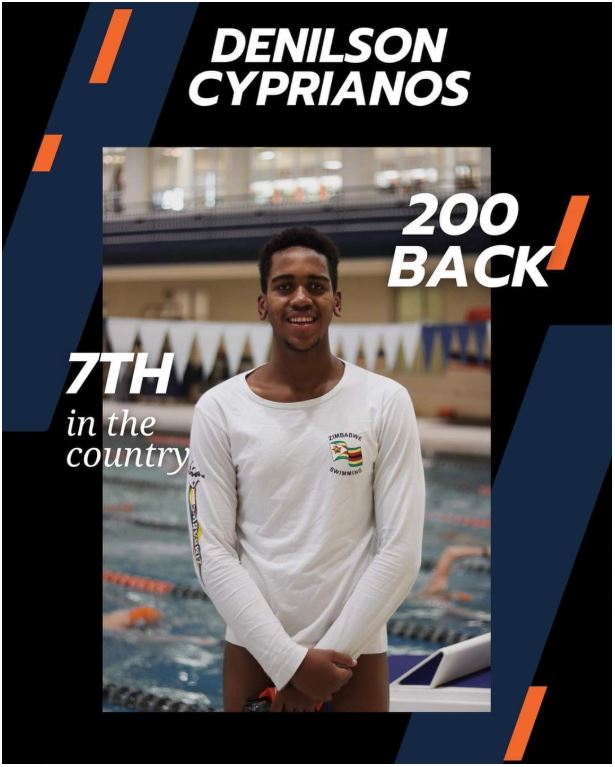 A hearty congratulations goes to CBC’s former Headboy (2020) who has ‘hit the ground running’ at university.

Once he joined Carson-Newman University in January 2021, Denilson did not take long before he registered his presence with great performances in the pool.

Denilson came 7th in the 200m backstroke in the whole of USA, Division II and qualified for NCAA Division II nationals to be held in Alabama in March.

“It was nice to be out there. I’d say I’m in the best form I’ve been in a while as we go into Conference,” Cyprianos said. “I’m really excited to be apart of the team even though my arrival was delayed. Competing for the first time in the 1000 free and winning is something I’m proud of for sure.”

We are very proud of Denilson.