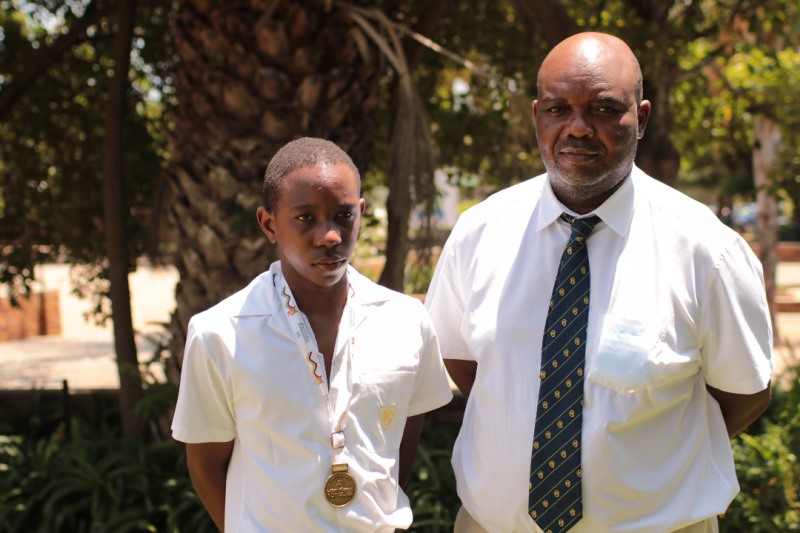 Encouraged and inspired by his coach, CBC Junior Swimmer sets his eyes on representing Zimbabwe.
Coming from representing BASA in the recently held Nationals in Harare with a lot of Personal Best (PBs) from all his races and a medal for 13-14years Age group 400m medley relay, young Ryan Mugota has one objective, which is to represent his country one day.
Ryan is thankful to his coach, Mrs Sobhian Kesson whom he said always encourages him to put maximum effort and believes in him.
In the nationals, Ryan said, “I felt it in my heart that I was going to come out with a medal as I had been encouraged by my coach. I now want to work hard and make the times for Zimbabwe.”
In the photo: Ryan being congratulated by headmaster, Mr K. Muhomba.
#CBCByo #GreenandGold #SwimCBC #SwimBASA 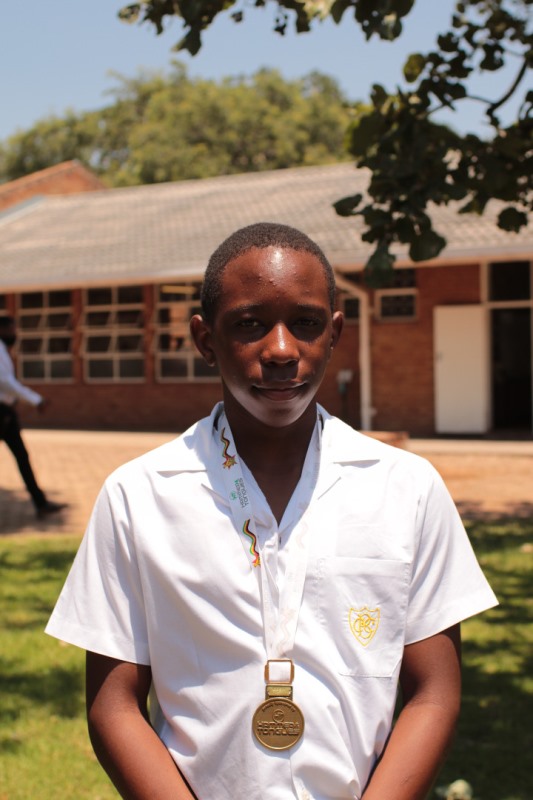