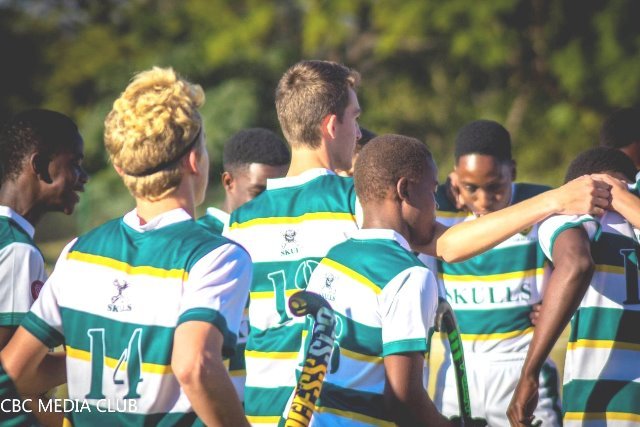 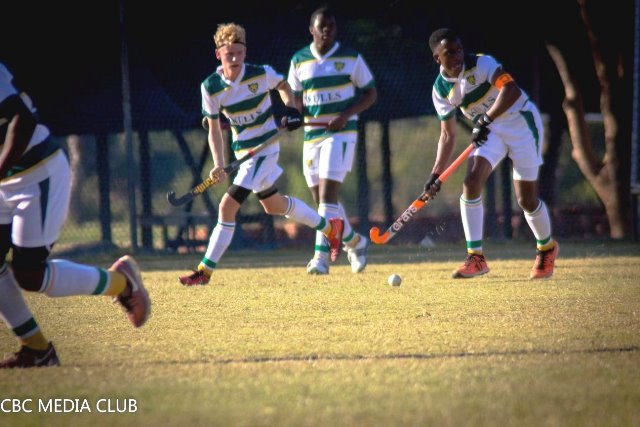 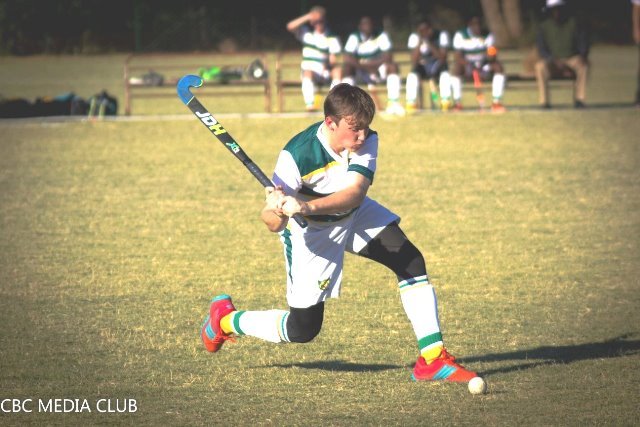 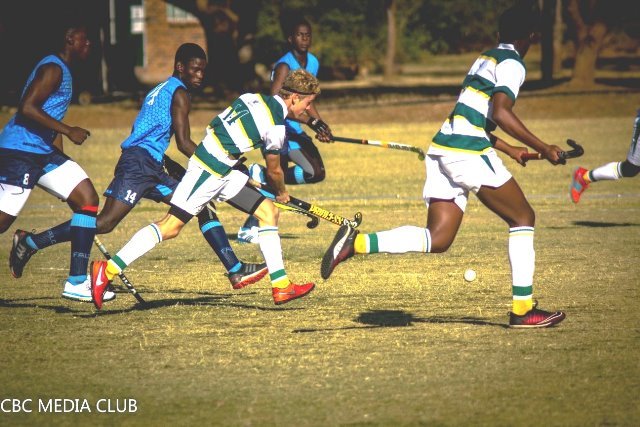 This was the second compulsory of the week and the whole school had turned out to support the Skulls. As the teams psyched up for the big match the atmosphere became electric. Falcon were first on the field then the CBC Skulls lead by Captain Vuyisile Dube through a tunnel made by fellow CBC pupils.

Tim Judge started the exciting match with a massive flick and the game was on. The war cries of the Skulls’ supporters could be heard miles away.

The match was intense with the teams evenly matched in the first quarter and at half time as the scored remained nil all.

It was in the third quarter of the game that Falcon opened the score sheet with a goal. The Skulls did not give in to mounting pressure as Falcon registered a second goal. In the end when the final whistle went off it wasn’t the Skulls day as Falcon walked away with a 2 nil victory. Better luck next time.