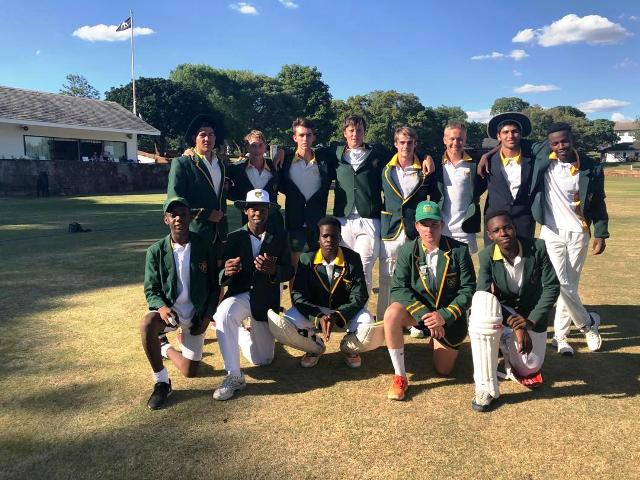 It was a good weekend for the cricket teams as they played well all around.
First Team: CBC won by 3 wickets
Falcon won the toss and elected to bat first. They posted 131 all out in 51 overs. In CBC were 133 for 7 after 32 overs. Well done Cobras!
Brandon James took 3 wickets for 42.
Kian Coomans took 4 wickets for 19 runs.
Wade Pettican scored 31 runs.
Craig Moyo scored 31 not out
Brandon James scored 21 runs
RayRoyce Sibanda scored 21 runs
Naik scored 23 runs