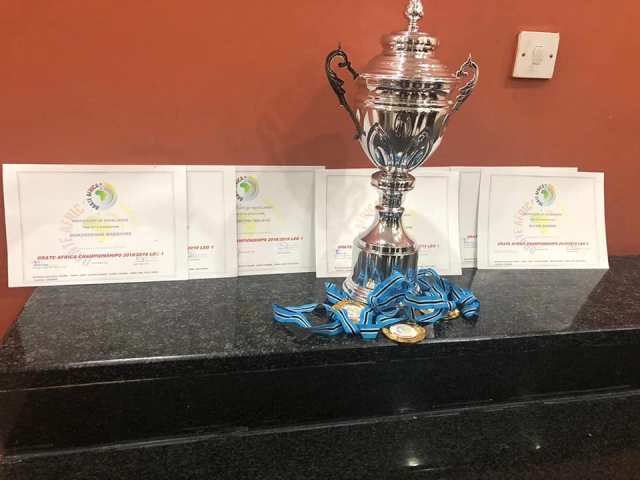 Well done to the CBC Debate Society for raising the CBC flag high at an international stage in Botswana during the holiday.

The team, made up of president Muziwethu Ndlovu, Mukudzeiishe Madzvivire and Vuyani Bhebhe, won the main trophy and gold medals.

While Muzi and Vuyani have established themselves as forces to be reckoned with in debate, with Muzi having been part of a team that won almost everything last year including individual debater of the tournament awards at district, provincial, national and international levels, Mukudzeiishe is a young (form 2), vibrant, upcoming debater who has already registered himself as a highly talented student. Muku recently launched a book which he authored.