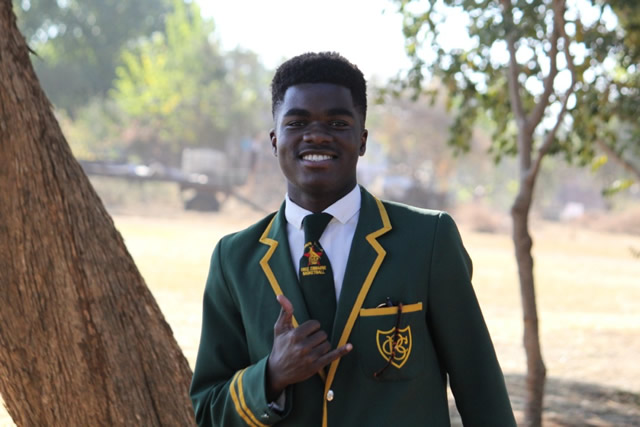 Shaun will study a Bsc Computer Science degree. Shaun was promoted into the Eagles at the age of 15 in recognition of his ball skills, field vision and accuracy as a striker.

In 2019, the soccer department under Mr E. Dhlodhlo, Head Coach Mr N. Kaseke, coach Mr C. Chimimba and manager Mr N. Mpala sought to change the focus of CBC soccer to talent identification and player development with the aim of producing professional footballers. “Our guiding philosophy is to develop players who will fit in the professional leagues internationally such as the English Premier League,” said Mr E. Dhlodhlo,
who was contacted for comment.

Shaun was full of praise for CBC staff and CBC parent and coach Mr Noel Kaseke who assisted and facilitated his applications for a place in the US.
“I would love to thank Coach Kaseke for helping get the scholarship. Even when the wait felt long, he kept on believing that we would get it and that made me strong too, and I am so fortunate to have him in my life.

I also want to thank the soccer department, former manager Dr Sibindi who took me into the first team at 15 , Coach Clemence who allowed me to train for his club over the holidays, Mr Dhlodho and Mr Mpala for trusting me to be their captain for the year 2019.

I am also grateful for the teachers that helped me throughout my years, my computer science teachers Mr Moyo and Mr Taruwona who have taught and inspired me to take up a major in Computer Science.”