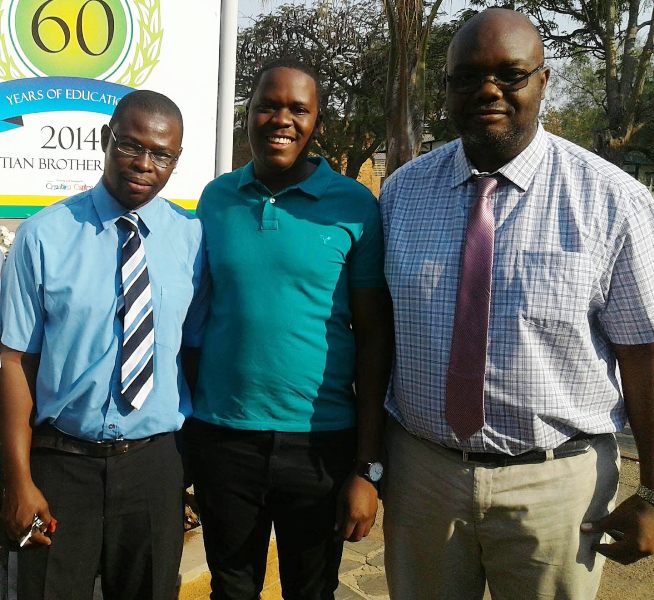 CBC old boy (2010), Larian Nkomo gave a motivational speech at assembly yesterday morning.
While at CBC, Larian played soccer and was the Eagles goal keeper.
In academics, he was in the 4th stream from form 1.4 to 4.4.
However, Larian said, with much encouragement from his teachers particularly Doctor N. Sibindi and Mr Muhomba amongst others, he passed both his O and A levels.
He went on to do a Bachelors degree in Management Information Systems, Masters degree in MIS and is currently studying for a Doctorate in MIS in Cyprus .
He encouraged CBC boys to pursue their studies with dedication and focus as that is what raised him from a 4.4 boy at high school to a PhD candidate.
Well done Larian!
In the picture (L-R) Doctor N. Sibindi (Larian’s former soccer coach), Larian Nkomo and Mr K. Muhomba (Headmaster)