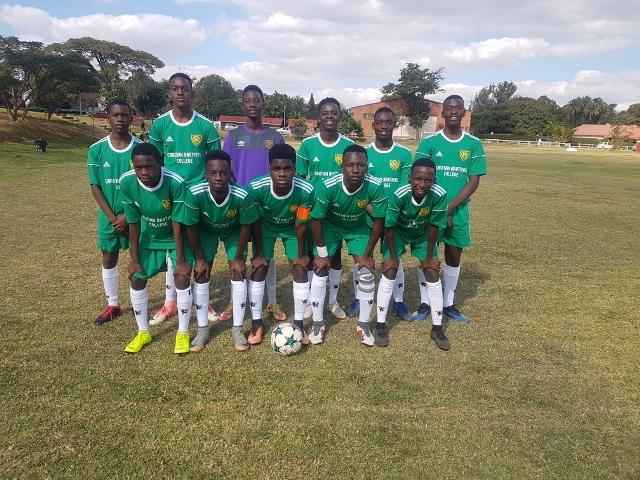 The CBC Soccer team came 4th out of 25 schools at the St. George’s Hammer and Tongues Tournament in Harare this weekend.

Congratulations to the following CBC boys who were selected to be part of the 2019 Hammer and Tongues Squad: Leander Dube, Shaun Matika and Mathew Mzewi.

In addition, Leander Dube was voted as the Best defender in the tournament

CBC 1-1 Manyame
Goal scorer: It was an own goal