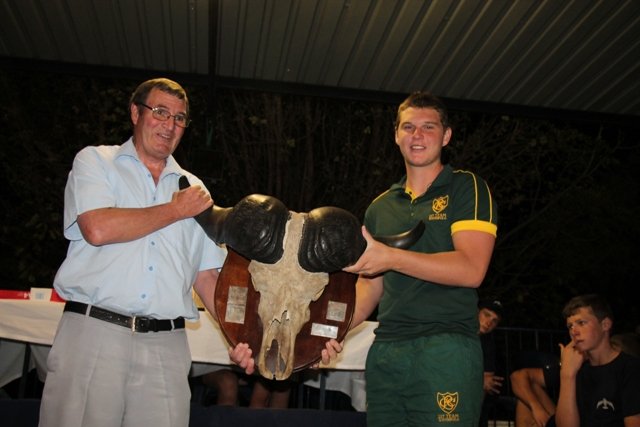 The CBC Sharks were over the weekend crowned the winners of the 2018 Grant Tilley Trophy U19. The Sharks successfully defended their title which they won last year in 2017 on home-ground at the CBC pool.  The 2018 edition of Grant Tilley Trophy was held at Falcon College with 8 schools; CBC, Falcon College, St. Georges College, St. Johns College, Hellenic, Lomagundi College and Prince Edward taking part.

12-4 vs St Johns to book a spot in the final against the Falcon Guppies.

The final match of the tournament was an exciting and entertaining thriller with both teams having to dig deep into their bag of tricks as they took turns to lead and gain control of the game.  As expected, the match ended 8 all at regulation time and the winner had to be decided on penalty shoot-outs. The Guppies converted 2 while the Sharks converted 3 and the final score was 11-10 to CBC.

All in all, it was water polo, the sport that was the winner as all teams that took part in the tournament, played with determination demonstrating good sportsmanship and professionalism. The future of Zimbabwe water polo looks very bright.

Meanwhile junior teams travelled to Harare for their fixtures where they account of themselves.

Congratulations and well done to the CBC Water polo coaches and boys.