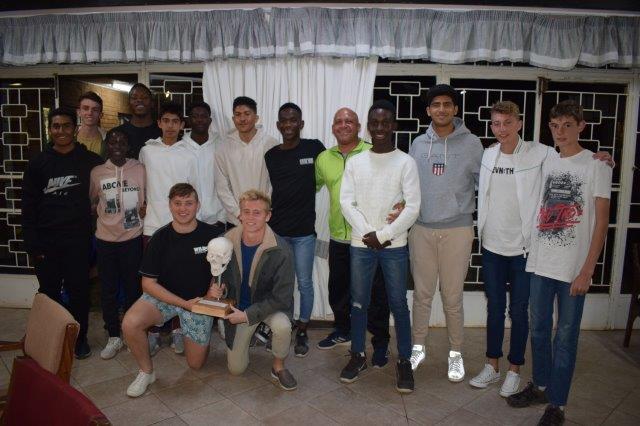 The CBC hockey team, their parents, college management, board members and coaching staff gathered at the staff room for a dinner to thank the Skulls and their coaching staff for their commitment and hard work this season.

The hockey teams have played very good games and have a number of their players in the Matland and Zimbabwe teams. The last hurdle for the Skulls is the Top 12 to be held at Khumalo Hockey Stadium this weekend.

Also present at the dinner was coach Mr. Alistair Fredricks an Ex-National player for South Africa who is also a national selector in South Africa. Mr. Fredricks came to assist the Skulls and will be conducting the training sessions in preparation for the Top 12.